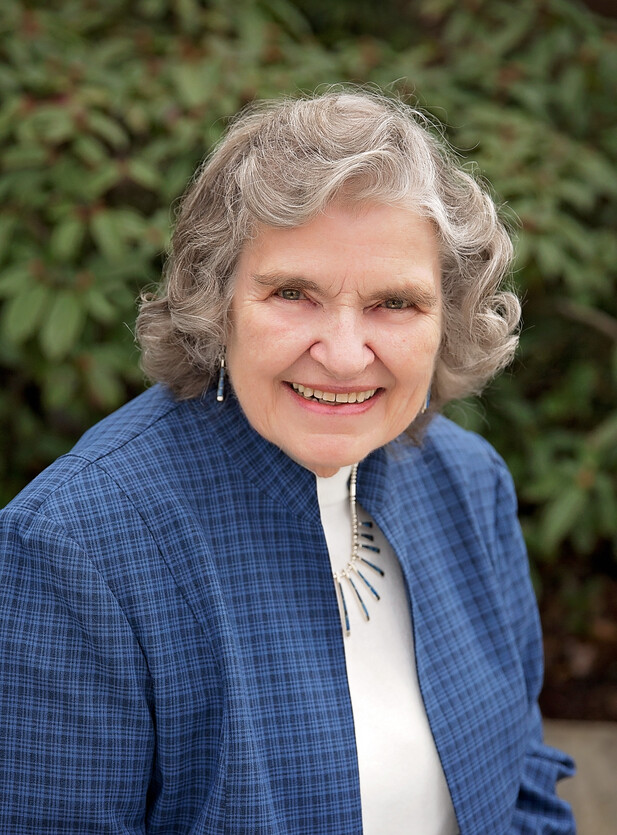 Tell us about your background.

I am a fifth generation Oregonian. My great, great grandparents came here on wagon trains in the 1840s and 1850s. I was born at the bottom of the Great Depression, a time when many families chose not to have children because they simply couldn’t afford them. I have one brother, who is four years younger. We grew up on the farm outside Junction City that my father purchased at age 18.

Who influenced you the most in your youth?

My parents encouraged me to work hard and to take classes, such as bookkeeping, in high school that would help me earn a good living. One of my teachers also had a strong influence. She was a public accountant who taught math, bookkeeping, and a few other subjects. She told me to take all the accounting classes I could, and she encouraged me to go to college so that I could become certified.

Where did you go to college?

I attended the University of Oregon. In those days, to be accepted into college, you had to take entrance exams. I hitched a ride with a boy who was going to take the exams. I didn’t even tell my parents what I was doing. A couple of weeks later, my parents were surprised when they got my acceptance letter in the mail. I graduated in 1954 after the winter term of my senior year.

What obstacles did you encounter in becoming a CPA?

During my senior year, accounting firms came to the school to interview graduating seniors. Several firms wouldn’t inter-view me. At that time, firms didn’t want to talk to women. I started using only my initials to sign up for interviews. When I got an interview, the firm representatives liked me, but they were still reluctant to give me a second interview. I found out some years later from my husband, whom I met at work, that the firm that did hire me did so as sort of a joke; but I was able to hold my own because I had learned the new tax law in college.

In the early years, I was not allowed to go to the clients’ offices; they didn’t trust women. I got my break when a client had an emergency situation and all of the men were out of the office. I handled the situation well, and the client was happy to have me back from then on.

My husband and I had our daughter about ten years into our marriage. We kept the pregnancy a secret, because pregnant women weren’t allowed to work in offices in those days.

This article was previously published in the June/July 2016 issue of The Accountant magazine.