This high-level program is designed specifically to address the educational needs of advanced-level and experienced tax professionals. The program features top-rated and highly sought-after speakers from across the nation.

The 2019 Northwest Federal Tax Conference will be recorded so training is more convenient than ever!

Larry J. Brant is a Shareholder at Foster Garvey PC in Portland, Oregon. His practice focuses on tax planning and advice, tax controversy, and business transactions. Larry regularly advises clients on tax matters and in structuring mergers and acquisitions, joint ventures, and other business transactions.

Bradley Burnett, J.D., LL.M., is a practicing Colorado tax attorney with 33 years of tax practice experience. His practice emphasis is on tax planning and tax controversy resolution. He also prepares a handful of tax returns. Prior to establishing his own law firm in 1990, he practiced tax accounting with national and local CPA firms, worked as a trust officer for a Denver bank and managed the tax department as partner in a medium-sized Denver law firm. After receiving his undergraduate degree in accounting and law degree (J.D.), he earned a Master of Laws (LL.M.) in Taxation from the University of Denver School of Law Graduate Tax Program.

Mr. Burnett has delivered more than 3,000 presentations on U.S. tax law throughout all fifty U.S. states, Washington, D.C., the Bahamas, Italy, Greece, Turkey and Canada. He has authored texts of 35 CPE courses. Bradley served as adjunct professor at the University of Denver School of Law Graduate Tax Program, where he pioneered an employment tax course and occasionally pinch hit teaching the IRS practice and procedure topic. He has appeared on television answering tax questions for call-in viewers of Denver NBC affiliate KUSA Channel 9. Brad received the Illinois Society of CPAs Instructor Excellence Award for teaching in Chicago and five times has been the top rated, most requested instructor for CPA Society annual tax conferences. Burnett’s seminar style is to deliver the subject matter in briskly paced, enthusiastic and witty fashion. His forte’ is the candid communication of practical ideas relating to tax law.

A focused and driven attorney, Walker Clark believes in working directly with his clients to best meet their needs. A member of the Washington and Oregon State Bars, Walker assists his clients in the areas of Estate Planning, Trust and Estate Administration, Taxation, and Business Planning.

Outside of work, Walker enjoys spending time with his family and is an avid supporter of the Portland Trail Blazers and Oregon Ducks.

Valerie Sasaki is a partner with Samuels Yoelin Kantor LLP where she chairs the Taxation Practice. She focuses her practice on resolving complex tax matters for clients with state and federal revenue agencies. She regularly speaks and writes on tax topics of interest to her. Ms. Sasaki is a member of the Oregon, Washington, Idaho, and Utah State Bars.  She regularly appears on behalf of clients in US Tax Court and the Oregon Tax Court.

Valerie serves and has served as an Adjunct Professor of Taxation with: Portland State University’s Masters in Tax Program; Northwestern School of Law, Lewis & Clark College;  Portland Community College; and the University of Oregon School of Law. She is a fellow of the American College of Taxation and has been recognized as an outstanding tax attorney by the SuperLawyers and Best Lawyers in America organizations.

Arthur Joseph Werner, JD, MS (Taxation), is the president and is a shareholder in the lecture firm of Werner-Rocca Seminars, Ltd. Mr. Werner’s lecture topic specialties include business, tax, financial and estate planning for high net worth individuals. In addition, Mr. Werner is a former adjunct professor of taxation in the Master of Science in Taxation program at the Philadelphia University.

Mr. Werner received his B.S. in Accounting and his M.S. in Taxation from Widener University. He holds a J.D. in Law from the Delaware Law School.

Greg White, CPA-WA, has practiced tax accounting for more than 35 years. He is founder, shareholder, and President of CPA firm WGN, P.S. in Seattle, Washington, which serves a successful entrepreneurial client base. He also owns and operates State of the Art Tax, LLC, a tax education company. Greg is in his tenth year as an adjunct professor at the Golden Gate University’s Seattle Campus where he teaches capital assets, tax accounting, and individual taxation. Greg is licensed to practice in and has argued cases before the U.S. Tax Court. He has been named “Top 50” IRS Practitioner by CPA Magazine.

Greg has extensively presented tax CPE, predominantly on the west coast, over the last decade and has written and presented live courses and webinars for CCH and others nationally. He has presented tax topics in the Pacific Northwest on TV including spots on KOMO TV, King TV, and Northwest Cable News. He is frequently in contact with Treasury, IRS, and other top government officials in Washington, D.C. as to late breaking guidance from the government and has been involved in making recommendations to them to help practically shape federal tax legislation and administrative guidance. 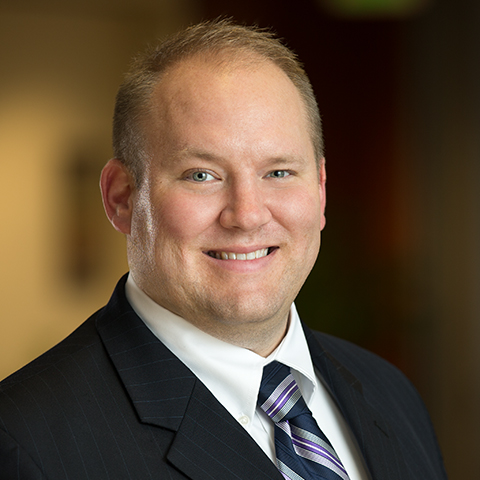 Eric Wieland puts his mastery of tax law and sharp attention to detail to work in the areas of estate planning, business planning, taxation, and trust and estate administration. The belief that no two clients are alike and no set of legal circumstances or objectives are the same is at the heart of his specialized, individual approach.

Eric’s work representing clients before the Internal Revenue Service in examinations, administrative appeals, and collection proceedings as a student attorney in the University of Washington’s Low Income Taxpayer Clinic honed his skills in negotiation, client counseling, and written and oral advocacy.

After graduating with honors from the University of Portland with a degree in Business Administration, Eric earned a Master of Arts in Teaching while participating in the Pacific Alliance for Catholic Education volunteer program associated with AmeriCorps and spent two years as a high school and middle school teacher and coach. He earned his law degree from the University of Missouri-Columbia School of Law where he was awarded Order of Barristers. He then achieved a LL.M. in Taxation from the University of Washington School Of Law. He is licensed to practice law in Oregon and Missouri.

Prior to joining CLA, Chastity was the Local Taxpayer Advocate for the state of Arizona.The Taxpayer Advocate Service is an independent function within the IRS that assists taxpayers in resolving their problems with the IRS. In her capacity as a Local Taxpayer Advocate, Chastity assisted taxpayers in many ways, including: negotiating with IRS senior managers and executives to take action to resolve various issues which included delayed refunds, IRS notices, collections, misapplied payments, incorrect IRS adjustments, statute issues, exam issues, and issue within IRS Appeals. Chastity also served as an IRS chief counsel attorney in the national office. In this role, Chastity drafted internal and external guidance. Chastity also argued various motions before the US Tax Court.

Before joining the IRS, Chastity was a manager in the Tax Controversy practice of a big four accounting firm. In this capacity, Chastity served clients in many ways, including: managing complex IRS audits, prepared protest, represented clients during the Appeals process, represented clients in alternative dispute resolution processes, performed interest computations and IRS transcript review. While with the big four firm, Chastity was on a national tax rotation in Washington, DC. Chastity drafted tax alerts on new legislation, regulations, and court decisions; researched and drafted memoranda and tax opinions, and helped develop and conduct technical education and training programs. Recently, Chastity testified before the House Ways and Means Subcommittee on Oversight regarding the IRS appeals process and challenges her clients have faced with the appeals process.

Jeffrey Wong is a graduate of Reed College and the University of Oregon School of Law. He spent the first fourteen years of his law career as a US Tax Court trial attorney for the Internal Revenue Service, and a Special Assistant US Attorney in the Oregon Bankruptcy Court. Between 1991 and 1998, he was the primary legal advisor to the IRS Collection Division in Oregon and its primary bankruptcy litigator. Jeff was involved in the development of many aspects of the IRS bankruptcy program that exists today.

In 1998, he left government service and entered private practice with the Portland firm of Greene & Markley, PC. Over the next eleven years, he developed and managed a six-person tax and bankruptcy group that handled many of Oregon's largest and most complex tax controversies. In June of 2009, Jeff left Greene & Markley to start his own solo practice.

Jeff has expertise in many areas of federal and state tax, bankruptcy, and debtor-creditor law. He has written and taught over many subjects for IRS employees and private attorneys, accountants, and tax consultants. He has held a Martindale-Hubbell AV rating since 1999 and has been selected for inclusion in Oregon Super Lawyers for 2012 through the present year in the fields of bankruptcy and debtor-creditor law, and the 2010 through the present editions of Best Lawyers in America. He was selected as the Best Lawyers' 2014-15 Portland, OR Litigation and Controversy "Tax Lawyer of the Year."

Jeff has served on three different committees for the Oregon State Bar Taxation Section. His experience and relationships allow him to provide unique and superlative service with many tax and insolvency problems.